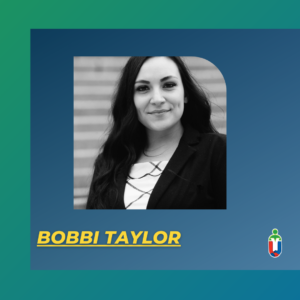 As a little girl, Bobbi wanted to be an anthropologist or a virologist, but her dreams diminished after spending a large portion of her childhood in the Foster Care and Juvenile Justice system. Despite system intervention upon aging out Bobbi was left homeless. After getting on her feet, Bobbi wanted to do something to change the outcomes for children and young people who have higher end system involvement so that every child and young person could see their fullest potential and fulfill their dreams.

Bobbi has spent the last eight years focusing on partnerships with Child Welfare systems and individuals that are most proximate to the issues to develop and co-create solutions that work for communities. Bobbi understands that the failures of our systems are deeply intersectional and these systems are often siloed. Bobbi believes that in order to get to solutions that eliminate poverty and disparities, we must partner authentically with communities and those most proximate to the issues, and work toward solutions that center community, and prioritize their needs to achieve community well-being.

Bobbi is soon to be the Founder and President of Proximate Solutions, where our neighbors, community stakeholders, and system stakeholders come together to build solutions to work toward a better future for our families and children.