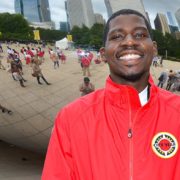 For Most People, the MLK Holiday is a Day Off, but for me it’s a Day On

AmeriCorps member Jarrett Jones spent MLK Day giving back to his community. Along with over 1,000 volunteers, Jarret was a part of a beautification project at Curie Metropolitan High School.

The question was posed to me, “Why spend a day ‘on’ rather than a day off?”

First, let me say that this isn’t a day off for me. Martin Luther King Jr. once said, “Everyone has the power of greatness, not for fame but greatness, because greatness is determined by service.” He also said, “Everyone can be great because anybody can serve.”

For the last five years of my life, I have been driven by that ideology.

The reason I serve is to counteract the negative imagery of Black men broadcast in Chicago as well as nationally and to serve as a role model to young Black boys and girls so they can see that Black men are more than what the media portrays us as.

By being out here on this day amongst a diverse group of people we are exhibiting that community spirit that Dr. King once dreamed of. By beautifying and creating positive imagery in communities, we are starting to counteract the perception of that imagery from the outside as well as within.

It’s through these types of service projects and days “on” that the community itself exhibits that power and greatness that Dr. King spoke of years ago.

So, the question shouldn’t be “Why spend a day ‘on’ rather than off?” It should be, “Why have one day of greatness in service when you could have a lifetime?” The power should always reside with the people.

“The people have to have the power. It belongs to the people.” —Fred Hampton

Too often, students of color and students who face challenging circumstances don’t receive the support and encouragement they need to succeed. They are held to lower standards because of a Belief Gap between what society believes they can achieve and what they truly are capable of when we believe in them.

Visit BecauseTheyCan.com to find out how to close the Belief Gap.

This piece was originally published on January 13, 2017 in CQ Roll Call’s Connectivity blog as For Most People the MLK Holiday Is a Day Off, But for Me, It’s a Day On and is reprinted here with permission. 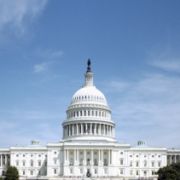 The Trump administration’s proposed federal budget includes deep cuts to effective programs and services that young people depend on for pathways out of poverty and that their families depend on for basic housing and health care. This is the OPPOSITE of what our people need.

Congress has the final say on the budget and federal spending levels. As the people elected to represent us begin this work, they need to hear our voices.

Please take a minute to send a message to Congress using our easy action alert tool. All you need to know is your address, we’ll connect you directly to your elected officials and give you a message you can send.

Once you’ve entered your address, you’ll see the message. Click the Instructions tab below for more guidance. If you are not an Opportunity Youth, you can customize the message.