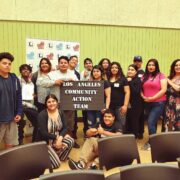 Youth tend to vote at lower rates than older voters and are often called apathetic because of it, but they are far from it. The recent March for Our Lives and Climate Strikes are just the latest actions initiated by the youngest potential and future voters. Young people are highly engaged and their passion for change is being channeled into many different forms of civic engagement — organizing, marching, striking, and initiating movements for change.

A recent study by CIRCLE and Opportunity Youth United (OYUnited), “Expanding the Electorate,” reinforces that young people care and value. In the study, 88 percent of youth surveyed said they believed that voting does make a difference. Yet, they found it difficult to engage in elections because they felt they lacked access to necessary information. Respondents said they struggled to get information about where to vote, needed to arrange a ride to the polls, and also had to rearrange their work and school schedules.

“An intention to vote starts with believing you have the right to vote”, says Adam Strong, a Research Impact Fellow at CIRCLE.

Low-income youth, especially Opportunity Youth, often face more barriers to voting than their peers, from transportation to childcare, and difficulty in getting time off from work to get to the polls.

For the past several months, CIRCLE and OYUnited have been using this data as the foundation for three pilot sites across the country that are identifying local challenges to voting for Opportunity Youth and working to systematically improve local voting conditions.

On a brisk November afternoon in 2019, Adam Strong, a Research Impact Fellow of CIRCLE, and Lashon Amado, Deputy Director of OYUnited, stood before a room of advocates, youth development experts, and funders, leading a breakout session at the 2019 Opportunity Youth Network Summit in Washington, DC. In their session, Addressing Inequalities in Voter Access through Action Research, Adam and Lashon reviewed the findings and shared the amazing success of their three pilot sites led by OYUnited’s youth-led Community Action Teams (CATs) in systematically improving voter access ahead of the 2020 presidential election.

The pilot sites launched in the spring of 2019, with the three CATs using the study as a foundation to help them identify local voter access issues in their community to drive local action.

The Coalition for Responsible Community Development based in Los Angeles, California, United Way of Tucson and Southern Arizona, and Soar based in Seattle, Washington are partnering with local election administrators to co-develop solutions to improve voter access, particularly among Opportunity Youth and low-income young voters.

On the Ground: Preparing for November 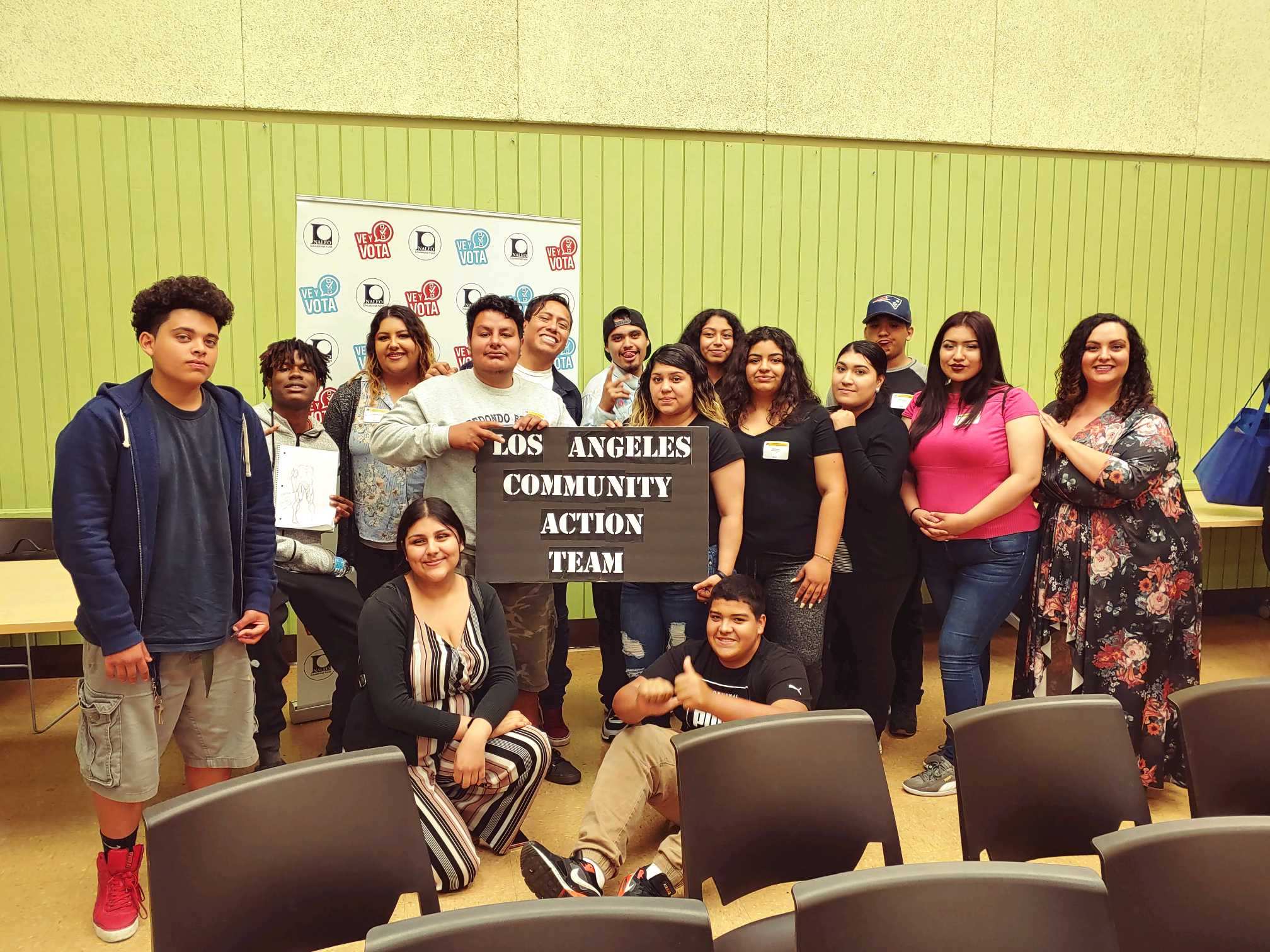 In Los Angeles, California, the Coalition for Responsible Community Development set an ambitious goal: to change the culture around voter education in LA. The youth identified the lack of communication between nonprofits and election administrators as one reason young people were not getting the information they needed to register to vote and cast their ballots. The young leaders leveraged their convening power to bring together youth-serving organizations and election administrators at events to streamline conversations and ensure young people had access to voting information. With state-level policy changes impacting how Californians would cast a ballot, the young people seized this opportunity to improve voter access ahead of the 2020 presidential election.

“[Election administrators] meet many, many people every day. I have to stay on their radar and keep Opportunity Youth on their radar,” says Luis Bautista-Morales, lead organizer with OYUnited’s Los Angeles CAT. 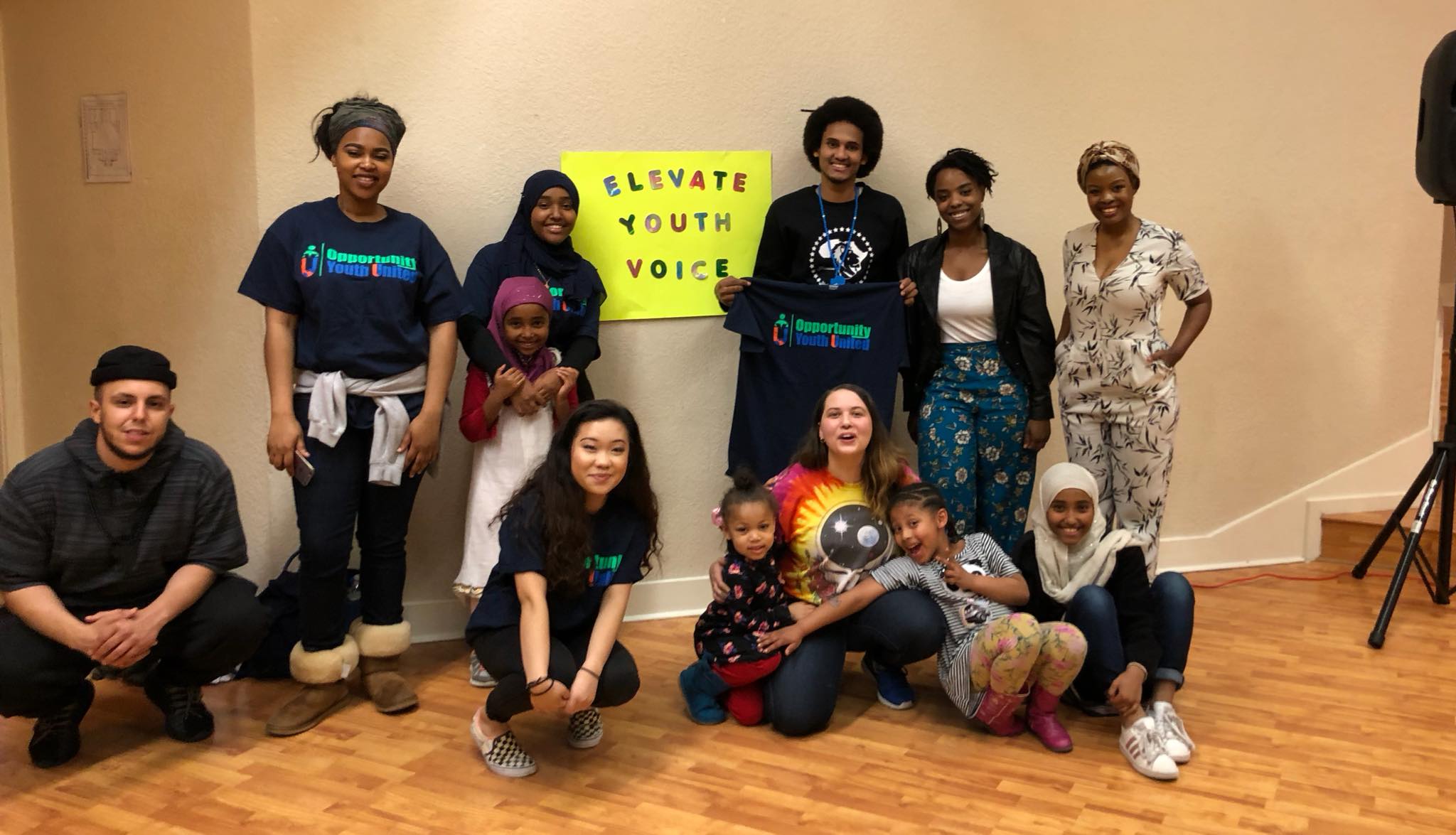 In Seattle, Washington, Soar hosted a series of six community-driven voter education conversations in partnership with local election officials across King County. Through those conversations, the young people identified common misconceptions and myths related to voting held by their community and then created a localized social media campaign dispelling those myths ahead of their local election in November of 2019. 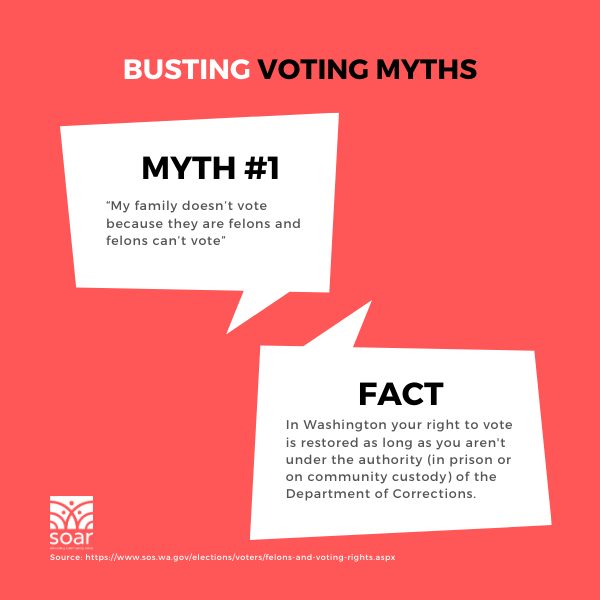 One of the first conversations was held in one of the largest alternative high schools in the state, located in an area that is grappling with rapid gentrification. The meeting brought together King County election administrators and young voters.

“It was a huge milestone because I was really able to shift their perspective. We are able to start to think about what is missing. We brainstormed and figured out what we should do next,” says Makayla Wright, Youth Voice Organizer with Soar, and coordinator of the effort in Seattle. 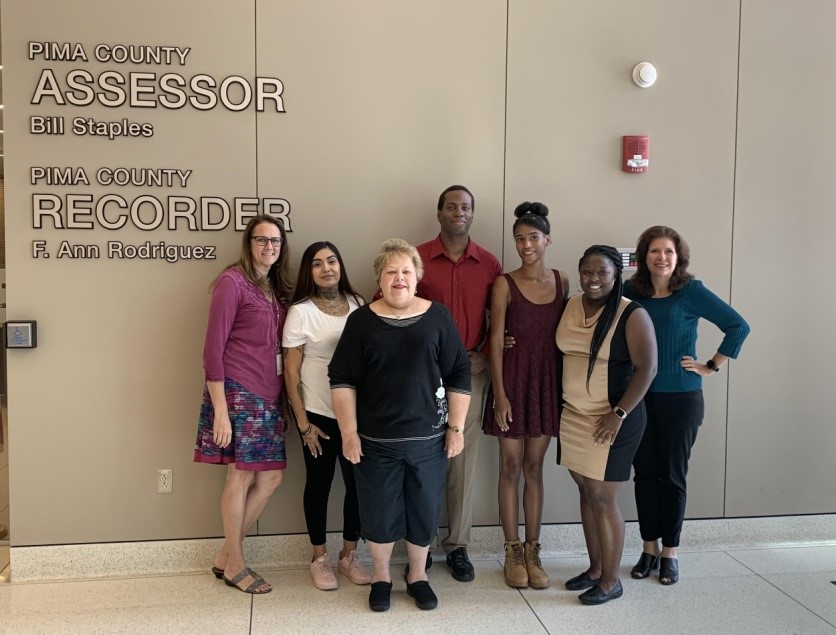 In Tucson, Arizona, the United Way of Tucson and Southern Arizona has launched a largely youth-led effort to adapt and produce voter educational materials tailored for Opportunity Youth. They are working in partnership with election administrators to produce and share the guides ahead of the 2020 election.

The guides will include details about voting rights. “Some of the Opportunity Youth in our community have felony convictions and just aren’t aware that they can restore their rights. That is going to be a big education piece in our material. We will include information about how they could do about restoring their rights so that they can vote,” says Jasmine Jones, Youth Engagement Coordinator for Cradle to Carrier’s United Way of Tucson and Southern Arizona.

In all three pilot sites, election administrators were eager to partner with our youth-led community action teams to improve voter access. Since our young leaders were persistent and started early in 2019, they were able to make an impact ahead of the 2020 election.

The success of our CATs shows that you can improve voter access without having to wait for policy change. Young people care, and when we work across sectors we are able to ensure that all young people have access to making their voices heard — and that includes at the ballot box.

We have uncovered many lessons and best practices for partnering with election administrators to improve voter access and are currently developing those resources for practitioners. Be sure to check in with us in the coming week. And remember, election administrators are critical assets to your community and we highly recommend all civic and election related organizations to strengthen their relationships with them.

You don’t have to wait for policy change to improve voter access for your community. You can take action today and have more success than you can imagine. The future is yours.